While working with one of our clients in Germany, I came across an excellent use case for Power Tools for Tableau: Deployment. For a little background, this client serves their clients by analyzing survey data. Here’s an example of how they work with data:

Let’s say you have several gas stations and you want to get a better understanding of the customer experience at each of your locations. They would send out a survey to customers/employees to gauge things like cleanliness, convenience and overall satisfaction with the gas station. They would then compile all that survey data into the key metrics for you to provide actionable insights.

When I started working with this client, they were just starting to put together a plan that would involve building standard survey result dashboards in Tableau for each of their customers. At the time, this included about 50 different customers.

This effort soon gained a lot of visibility and demand was skyrocketing. We quickly saw the number of customers go into the hundreds and even the thousands. The problem there was that the manual effort involved with building these dashboards started to get out of hand. Here’s what we had to do on a regular basis:

The survey data would come in and need to be cleaned up before it could go into a SQL table. Once it was in a separate SQL table, I would make a Tableau dashboard that would incorporate some standard design principles but would be slightly tweaked for the customer.

With this kind of process, you’re looking at having thousands of SQL tables and thousands of dashboards that must be individually created and maintained. We were quickly getting into a realm where it was not feasible to scale anymore. Even if multiple people were tasked with doing this sort of thing all day – and every day at that – there would be so much potential for human error. What we really needed was a way to automate all of this.

The good news is that we had started seeing Power Tools: Deployment used for these types of scenarios with some of our other clients. It was my first time to work with the tool, but the learning curve was not steep at all. In less than a day, I had a firm grasp on how the tool could be a game-changer for this client in particular. Here’s how we did it:

Instead of creating thousands of dashboards, we just created one. It would serve as our template dashboard that could then be replicated across all our different customers. Within Power Tools: Deployment, there is the Data Source Transformation feature, which allowed us to swap out data sources before deploying to a different destination on Tableau Server. We used that feature to make sure each report was pointing to the right SQL table and would then configure the other tweaks to the dashboard. Other edits included the modification of user and permissions for the report on the destination server. 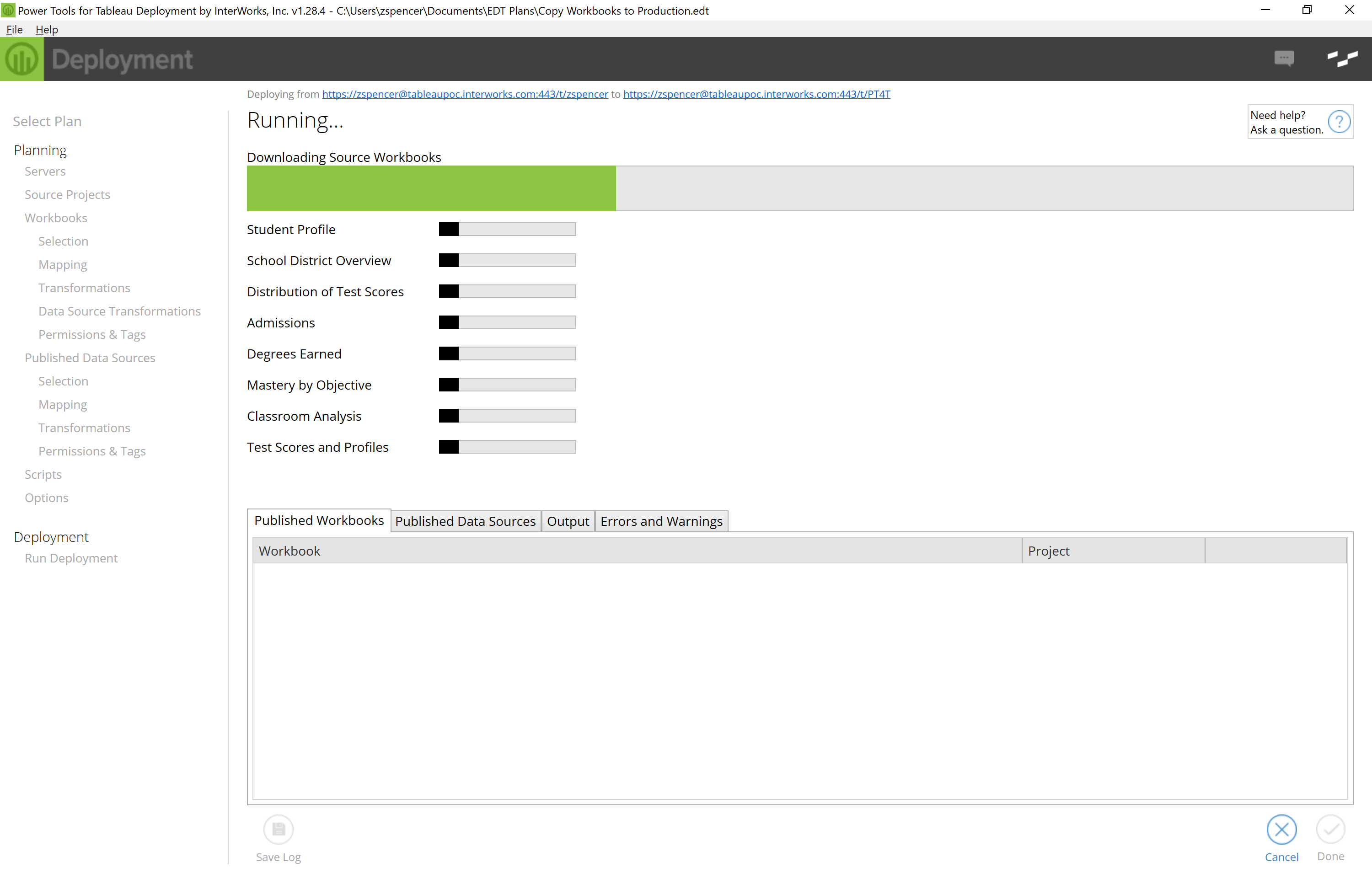 Now that we had a viable solution for replicating the template dashboard, we just needed to figure out a method of getting the data formatted in a similar way. We ended up writing a simple script that hooked into Alteryx, which automated the creation of the SQL tables. By adding Tabcmd into the mix, we could also automatically provision new users and create a new site/project on Tableau Server. We now had a solution that could be automated start to finish.

If Power Tools: Deployment and Alteryx were not in the picture, it would take anywhere from two to five days to handle this sort of process manually for each individual customer. When you multiply that by thousands of customers, you are looking at some significant time savings. Beyond the time it saved by not having to manually create thousands of dashboards, it was also clutch from a security standpoint. We were able to keep client data in separate SQL tables as opposed to creating one huge table that stacked the data from thousands of customers together. It would have been way more difficult to provision security using the old way.

This brand-new approach created tremendous value for everyone in the picture and drastically cut down the amount of time involved with getting new customers online with this unique service. If you’d like to explore how Power Tools: Deployment can automate your Tableau reporting process, be sure to learn more and contact us on the official Power Tools: Deployment page.